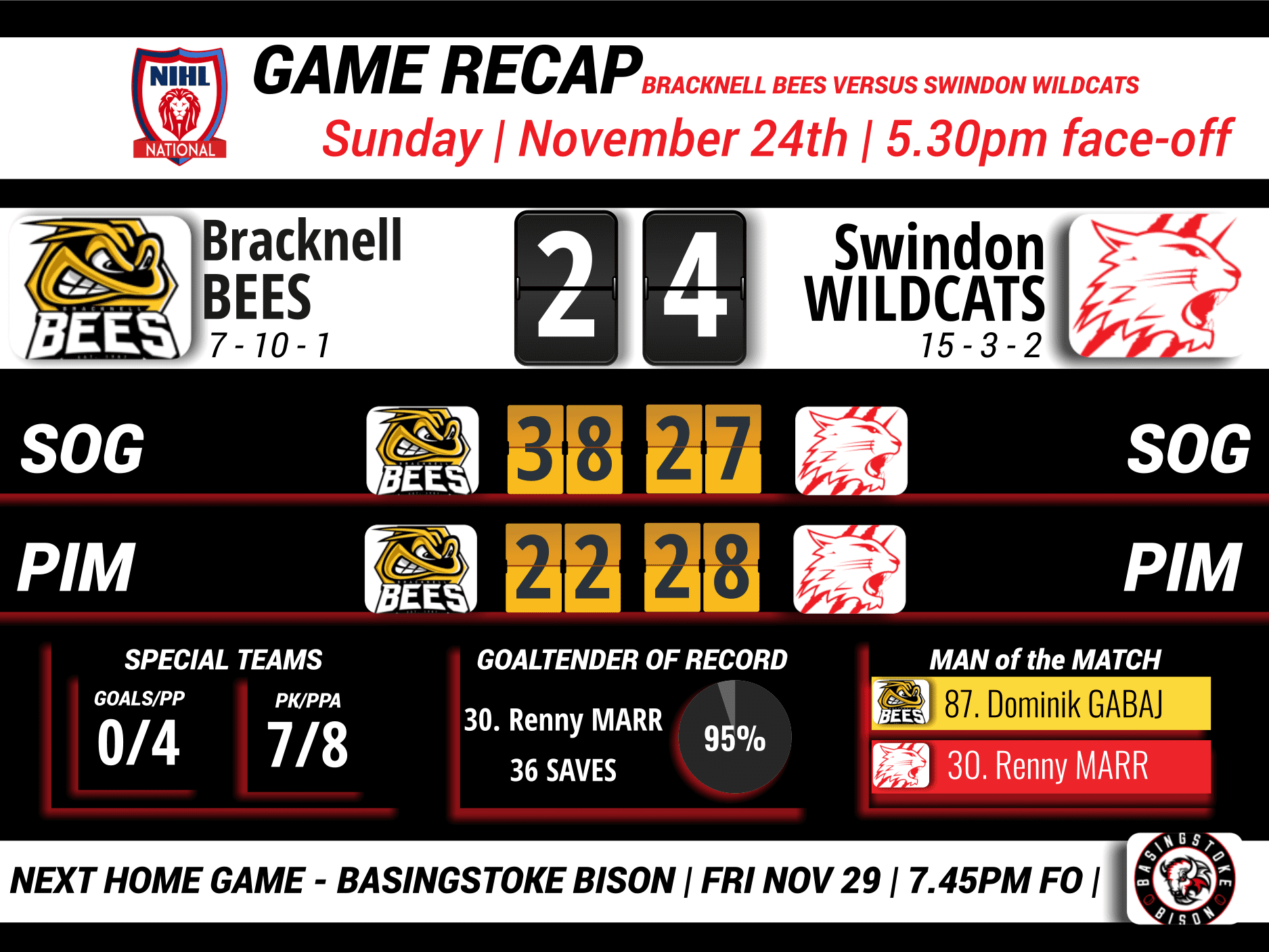 SWINDON Wildcats got back to winning ways at the weekend, beating Sheffield Steeldogs and Bracknell Bees 7-3 and 2-4 respectively to register a timely four-point weekend.

Following defeats to championship rivals Telford and Peterborough the week earlier, player-coach Aaron Nell admitted after Saturday’s home win over Sheffield that his roster knew the pressure was on over the course of the weekend.

But any signs of players succumbing to that pressure certainly evaded Nell’s squad as they powered to a pair of convincing wins.

Boosted by the arrival of star import Tyler VanKleef, Cats powered to victory over Sheffield by four goals despite the game being level at 2-2 with half-an-hour played.

After throwing away a two-goal lead – thanks to markers by Loris Taylor and VanKleef – Bees responded with two goals of their own.

Level with four minutes to play, Wildcats dug in to steal a regulation time victory and confirm a four-point weekend.

A delighted Nell said: “In the third period especially (on Saturday), we were very good. Every team in this league is better at home than they are away – that includes us.

“Sheffield are a good team, they’re dangerous. Their top British players are strong, and you’ve got to be aware of them.

“We did a good job, and I’m pleased to be back winning again. Our third and fourth goals were the type of goals I like to see.

“We got back to playing how we can. Our shorthanded play is better than our powerplay at the moment – those markers put the game to bed.

“Saturday was our first game of the season where the pressure was on us to win.

“There’s pressure every night, but there was real pressure on Saturday and we prevailed.”

After missing the start of the season because of a leg injury, VanKleef skated for the first time in seven months.

“Tyler (VanKleef) was excellent, he couldn’t have done much more,” said Nell.

“He played fast and was physical, and scored a couple of goals. Those goals are why he is playing for us.

“I thought he linked up well with Floyd (Taylor) and Bully (Sam Bullas). Both games were his first in seven or eight months.

“We couldn’t ask for much more from him. He’s going to be a big boost to our team.”