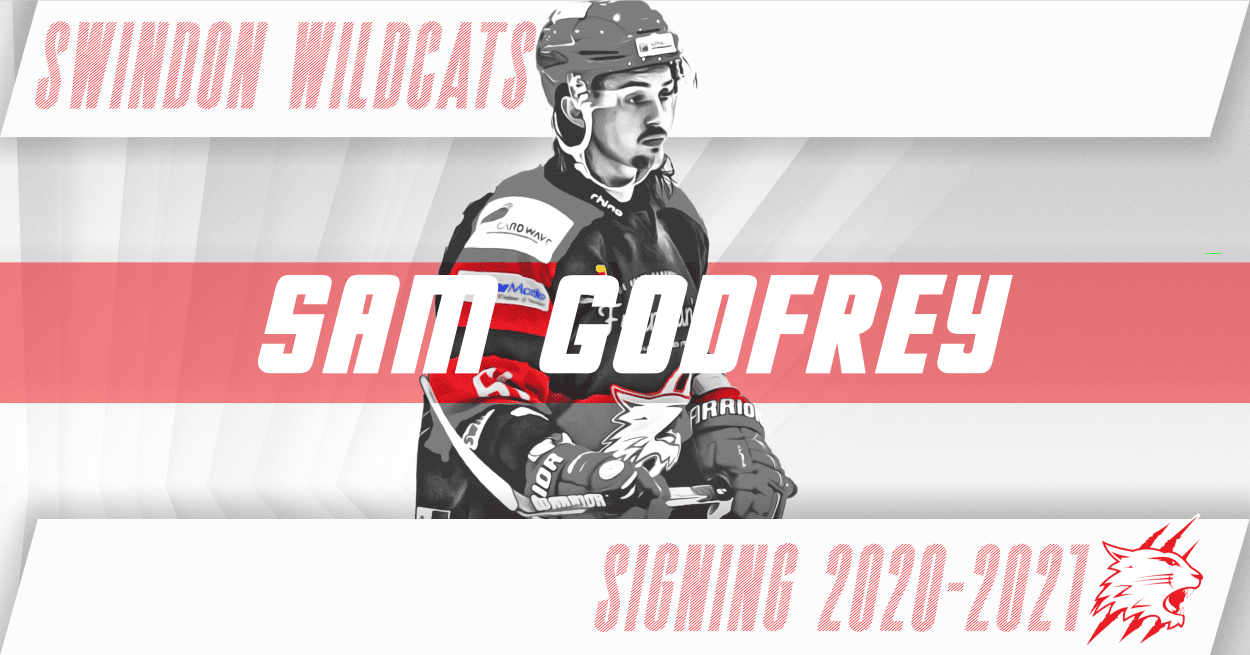 Swindon Wildcats are delighted to confirm that Sam Godfrey has signed a new 2-year-deal to keep him in Swindon until the end of the 21-22 campaign. The right-handed blue-liner has become a vital part of the defence since his return from Guildford in 2017.

The 26 year old came through the ranks in the Swindon junior system before moving to Slough in 2011. He spent 2 years with the Jets before returning to Swindon for a season in 2013-14. After that season Sam moved to Guildford where he played from 2014-2017.

Since returning to Swindon Sam has contributed to the league title win in 2019 as well as the double cup win in 2018. Head Coach Aaron Nell was delighted to have secured his services for another two years.

“I’m really happy Sam will be with us for two more seasons. I thought he had a really good year and is a massive part of the defence. He’s only 26 and he’s played a lot of hockey in his career on some very successful teams. He was key for us in some big situations again last year and he gets on really well with everyone in the locker-room.

I can’t wait to start working with him again and hopefully we’ll all be back on the ice again soon ready for another season of competitive ice hockey”.

Sam himself was pleased to be returning to the Link Centre for another year.

“I’m really happy to be back in Swindon. When Aaron spoke with me about returning it was an easy decision for me to make. Last season was tough at times and I don’t feel we achieved what we were capable of. The way the season ended was such a shame for everyone involved.

It’s always good to know we have a great fanbase who support us through the good and not so good times. I’m looking forward to re-uniting with the boys, getting back on the ice and building on what we have achieved in the last few years.”

For kit sponsorship options for Sam, or any of the 20/21 team, email Sally at sally.price@swindonwildcats.com