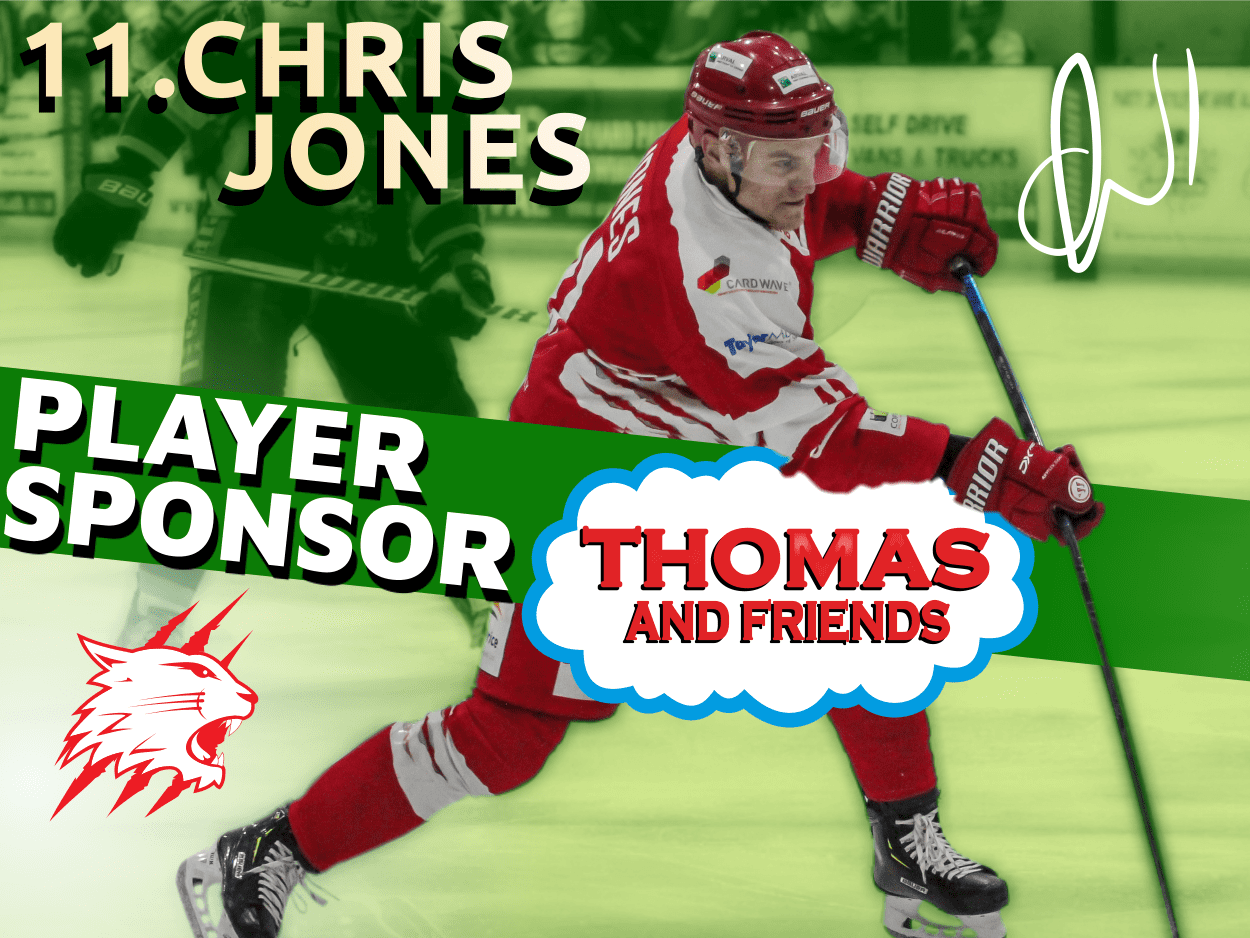 Swindon Wildcats are delighted to confirm that Chris Jones will this season be sponsored by a group of fans who’ve been supporting the team for many seasons between them.

‘Thomas & Friends’ consist of Tom Graham, Ben Callaghan, Kieron Gingell, Jamie Guy & Luke Britton who have teamed up to back one of their favourite players for the 20/21 NIHL Season.

The 5 attend all home games and between them have only missed a handful of games on the road over the last few years as well.

Chris is rolling into his second year of a two-year deal with the Wildcats and put together an impressive 69 points last season and was a crucial member of the team.

The boys were thrilled to have landed CJ’s sponsorship for the new season.

‘We think we’ve discussed coming together sponsoring a player every summer for a few years now and as soon as we saw CJ was available we knew we had to snap him up.

He goes under the radar at times and really is a massive part of the success Aaron and the boys have on the ice. We can’t wait to watch him in action again and also see him sniping some more crucial powerplay goals for the team!’

For more information about how you can get involved with sponsorship for the new season then send an email to office@swindonwildcats.com