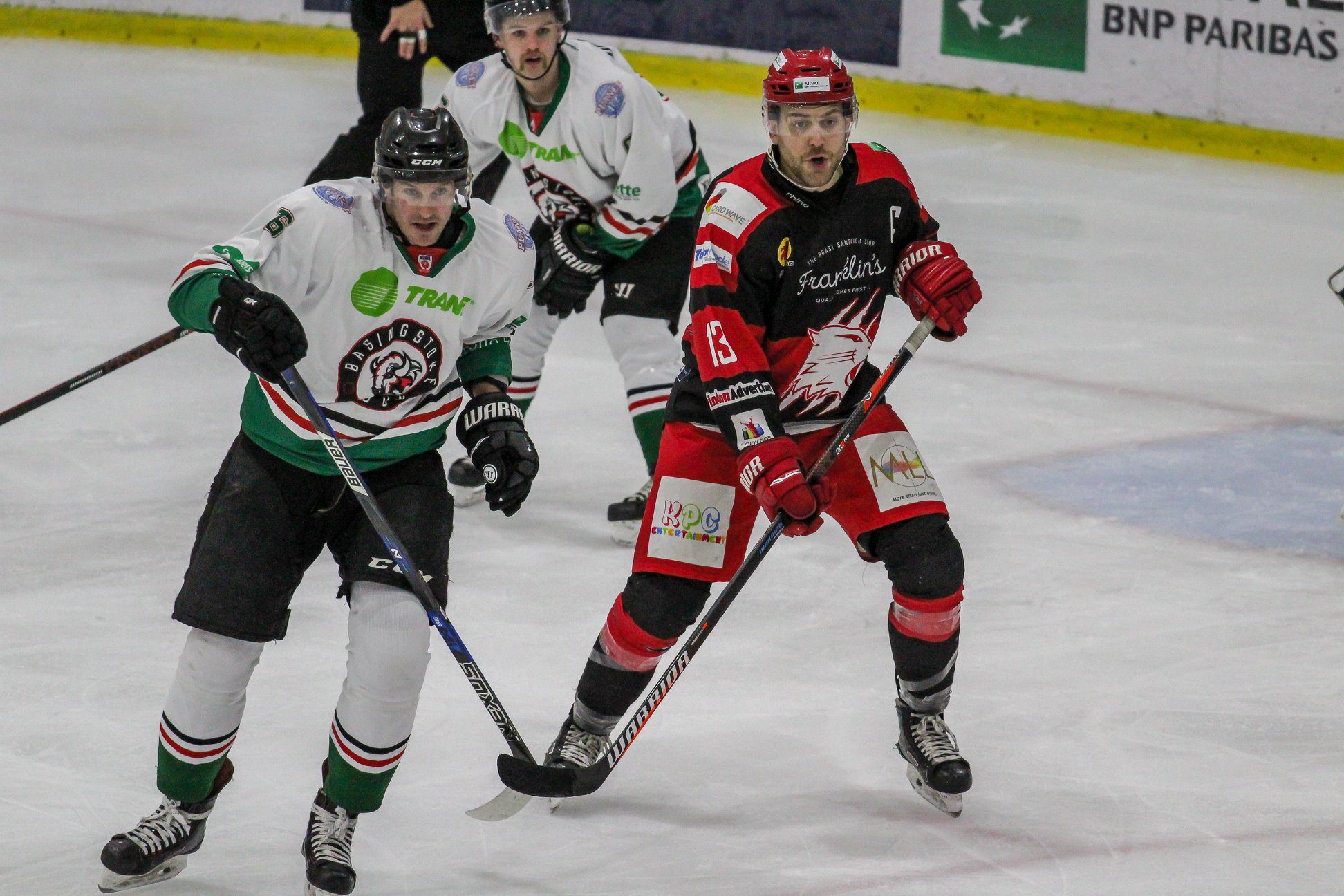 SWINDON Wildcats could only close the gap between themselves and National League leaders Telford by a point at the Link Centre on Wednesday night as Basingstoke Bison pulled off a surprising penalty shots win.

Klejna netted again during penalty shots, as did Sean Norris while Chris Jones and Edgars Bebris missed for the hosts.

Without star import Tomasz Malasinski, Wildcats made a dream start to the new year when Edgars Bebris notched a brace in the opening six minutes.

He first pounced on a fortuitous rebound before netting an excellent shorthanded marker after an offensive mix-up by Bison sent the 28-year-old through one-on-one with visiting ‘keeper Alexander Mettam as Cats’ lead was doubled.

After killing the remaining penalty minutes with ease, Bison were almost left red-faced for a second time when Loris Taylor escaped with possession following Adam Jones’ cheap giveaway in the neutral zone.

Mettam stood tall to make a confidence-boosting one-on-one save amid Bison’s struggle to press into Cats’ defensive zone.

A slashing call on Michal Klejna with less than three minutes remaining in the first offered Swindon the chance to add a third to their tally before the first break.

However, Klejna turned penalty victim to goalscorer just 19 seconds after re-entering play when he brilliantly poached possession from Aaron Nell to the side of Mettam’s net before proceeding up ice to backhand Bison’s first past Renny Marr at 19.30.

Inspired by their late first period goal, Bison pressed in the first minutes of the second through Samual Talbot.

The talented teenager’s wrist shot was picked out of the air by Marr before a pair of untimely penalties on Bebris (holding) and VanKleef (check to the head) aided Bison’s ability to equalise.

After negotiating a short five-on-three passage, Ashley Tait’s roster made no mistake on their second powerplay opportunity as defenceman Jones ripped a wrist shot above Marr’s nearpost shoulder.

Cats’ period of frustration was ended at 32.15 when player-coach Nell rifled a one-timer in off the post follow a smart play by Bullas, which left Mettam with little chance.

Discipline continued to be an issue for the hosts. A tame cross-checking penalty on Tyler Plews with five minutes left in the middle period was safely negotiated, though.

Chances for Jones, Nell and Rutkis towards the end of the middle period were either saved or squandered as Swindon entered the third nursing a one-goal lead.

Few chances were generated in the final period’s opening phases, but ex-Wildcat Adam Harding came back to haunt his former club when striking a powerplay goal at 47.15 to equalise.

At 3-3, the visitors’ defensive resolve then stood tall when Olly Stone’s slashing penalty was successfully killed with eight minutes remaining.

Those eight minutes passed without incident as the game went to overtime.

Basingstoke controlled the three-on-three five-minute period – defensive and neutral zone errors by Wildcats did little to aid the hosts’ cause as Harding, Talbot and Tait were all denied by Marr’s flashing glove.

At the other end, Birbraer was brilliantly muscled out of pulling the trigger on a one-on-one opportunity while Nell’s tip in front of net was padded away by Mettam.

During penalty shots, Bison netted twice through Klejna and Norris while Jones and Bebris missed for Wildcats.