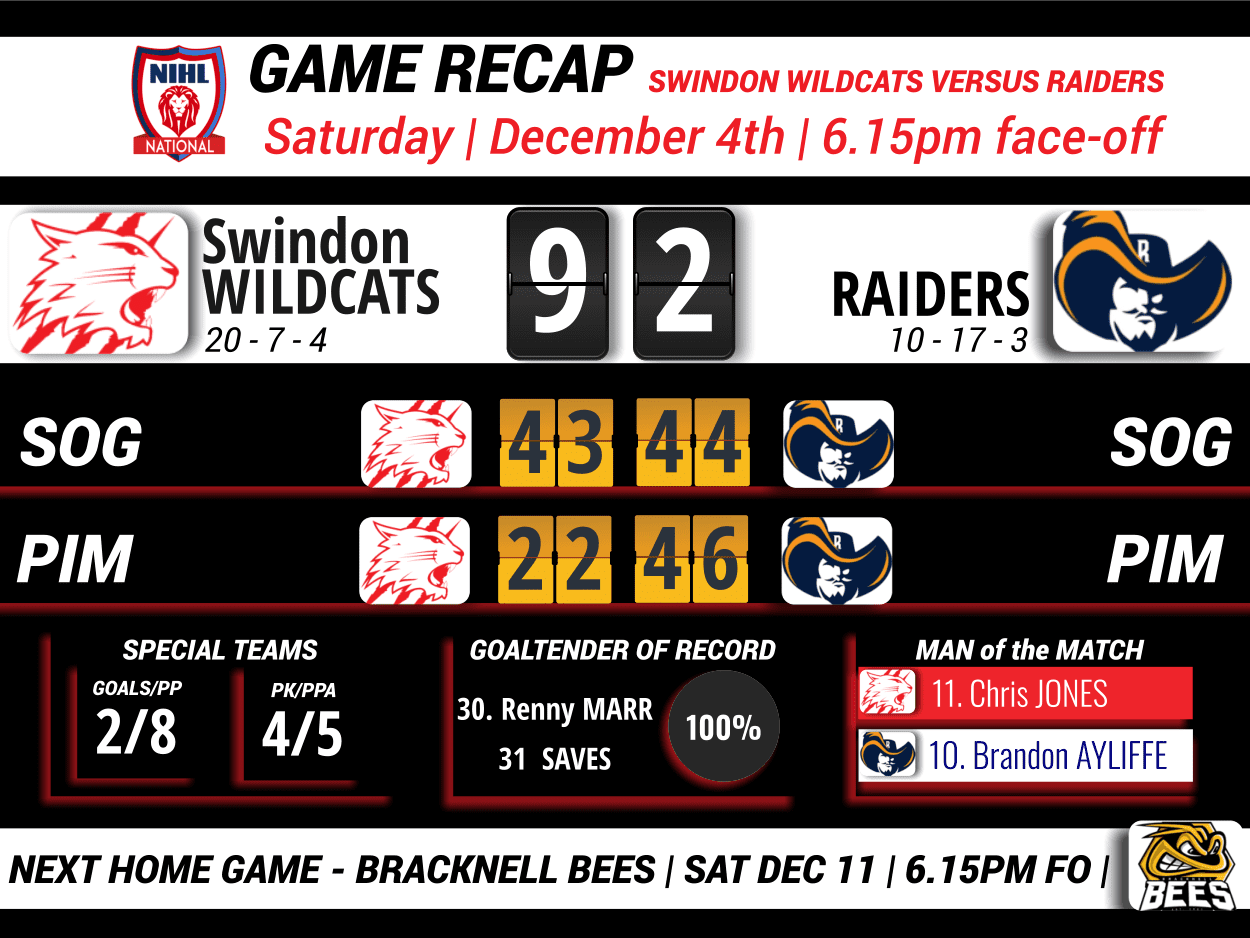 Swindon Wildcats completed a big win on home ice last Saturday with the 9-2 victory over the Raiders IHC at the Better Link Centre.  The returning Tomasz Malasinski scored 2 goals on the way to a win in front of a large home crowd.

After the opening puck drop, the Raiders battled hard and created early chances with both Erik Piatak and Jake Sylvester testing Renny Marr early on. The Wildcats themselves took a little time to get going at their best with Max Birbraer having the best chance in the opening ten minutes but was stopped by Ethan James between the Raiders pipes. However, at 13:54 the deadlock was broken, Eddie Bebris broke through the middle of the ice and his shot from just outside the zone was enough to find a way through James and give the Cats the lead on the powerplay. The assists on the goal going to Tomasz Malasinski & Renny Marr.

As the opening period came to a close Tomasz Malasinski was on hand to double the Cats advantage at 17:14 before the home side made it 3-0 at 19:54 through birthday-boy Chris Jones. The middle period seemed to be much the same as the first, the opening 10 minutes saw both teams cancel each other out and just when the period looked destined to finish 0-0, the home side increased their advantage to 5-0 within 40 seconds of each other.

At 38:10, Luc Johnson pounced on a puck fed across the crease by Loris Taylor to make it 4-0, before Aaron Nell found a hole above the shoulder of James where no-one else could find room to make it 5-0 at 38:50. Going into the second period break the Cats led a healthy 5-0.

The final period would be one for the highlight reel with action all over the ice for the entire 20-minute stanza. Edgars Bebris added a sixth for the Wildcats at 41:31 after being set up by Chris Jones. A few minutes later and the Wildcats replaced Renny Marr with Michael Crisp between the pipes and then adde3d their 7th goal of the night.

Eddie Bebris completed his hat-trick on the night thanks to assists from Ben Nethersell and Chris Jones, timed at 45:14. It was 8-0 at 46:20 when Toms Rutkis was on hand to fire past Ethan James who was then pulled from the Raider’s goal and replaced with Michael Gray. The Raiders then managed to break the deadlock when Brandon Ayliffe found space past Crisp in the Swindon goal to make it 8-1.

At 47:40, the home side made it 9 when Tomasz Malasinski converted from Aaron Nell through the legs of Gray to round off the Wildcats scoring for the night. There was time for the Raiders to get their second goal at 51:18 when Jacob Ranson got on the board in what would be the final goal of the game.

The man of the match awards went to Raiders’ Brandon Ayliffe and the Wildcats birthday-boy Chris Jones.

Tickets are on sale for this Saturday’s match up with the Bracknell Bees at www.swindonwildcats.com/tickets 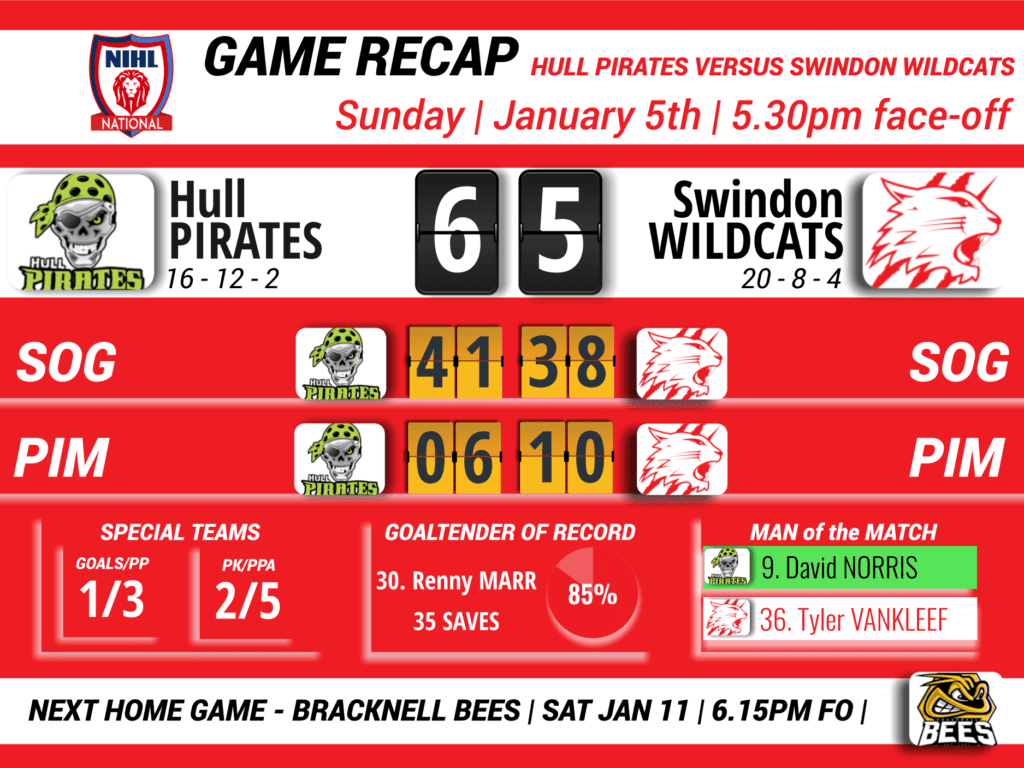 Would you like to read up on Sunday’s clash with the Hull Pirates?