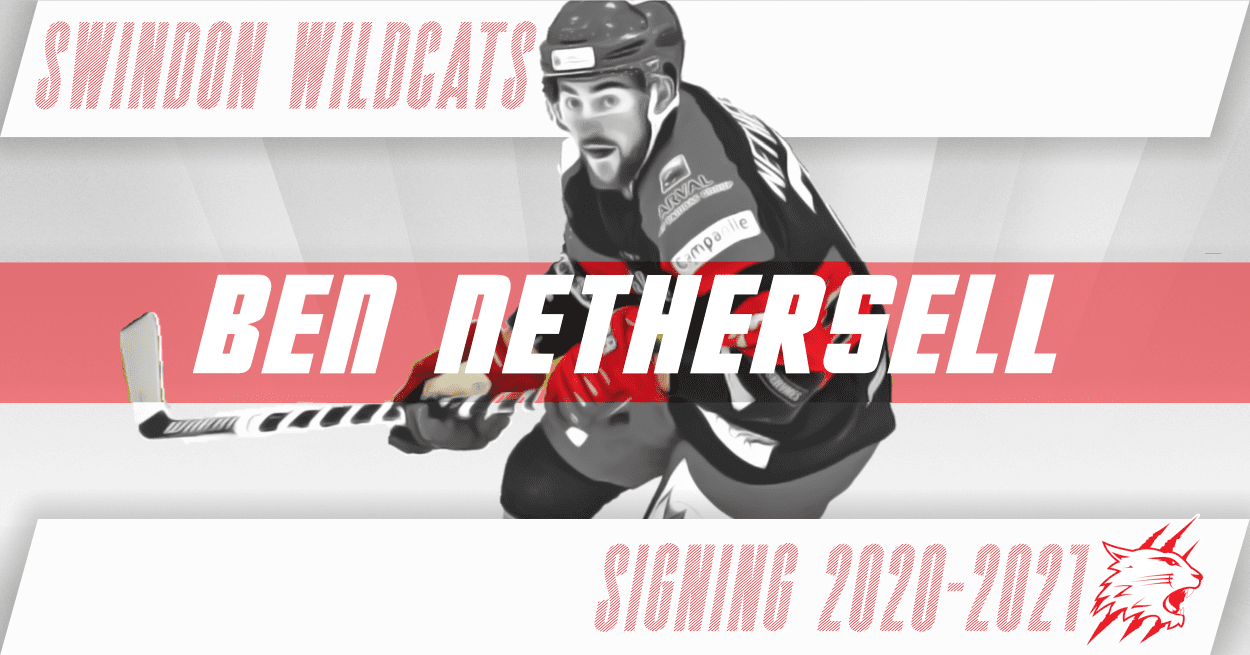 Swindon Wildcats are delighted to confirm that Ben Nethersell will be returning to the Swindon Wildcats for the next two years after signing a new multi-year extension until the end of 21/22.

Last year Ben was sponsored by Clements Building Contractors who will continue to do so for the forthcoming season.

The 22-year-old D-Man will enter his fifth and sixth consecutive seasons with the team after graduation from the Okanagan Hockey Academy in the summer of 2016. In four seasons with OHA Ben accumulated 115 points (38G + 77A) in just 72 games and captained the U18 side in 2015-16.

He was signed to the Wildcats by then Head Coach Stevie Lyle after graduating and has swiftly built himself into a crucial cog in the defensive core of the Wildcats. He now has iced over 200 games for the senior Swindon side and will continue to add to that total in 20/21.

Last season Ben had a very successful season as Head Coach Aaron Nell awarded him the Most Improved Player award at the End of Season Virtual Awards evening we held earlier on in the summer.

At international level Ben is capped at GB U18 level where he iced in 10 games over two Division 2A U18 World Championships.

Come back at 12PM where we’ll have the reaction from Head Coach Aaron Nell following Ben’s contract extension.