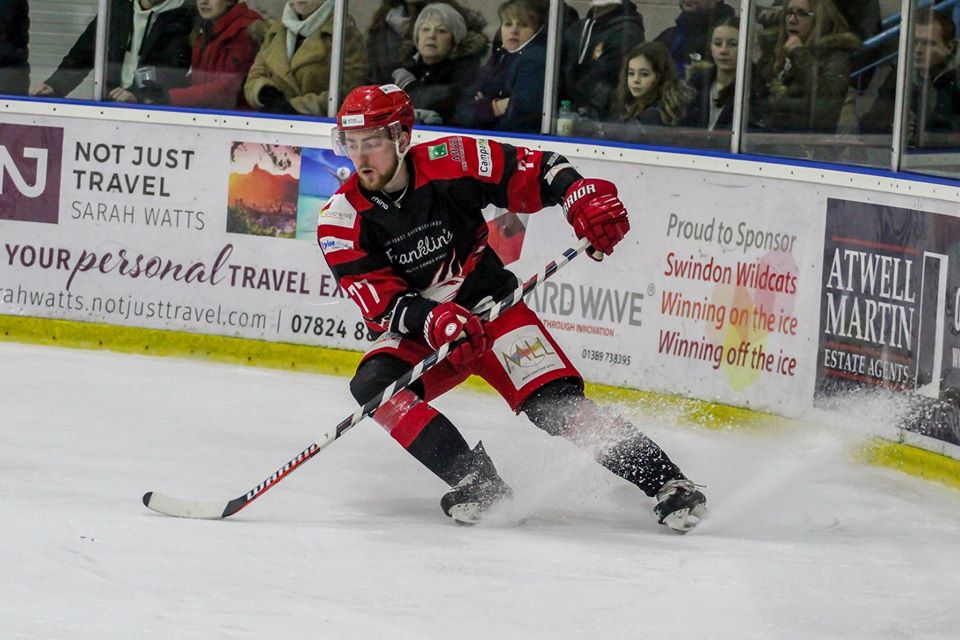 Fresh off signing a new two-year contract with the club Ben Nethersell sat down with our Press Officer Ben Callaghan to discuss the new deal and looking ahead to the 20/21 season.

BC: Ben, it’s obviously been a different summer for all so far, how are you preparing for the 20/21 campaign?

BN: It’s been a very strange summer so far obviously. It’s been good to get back to work and back into a routine again after lockdown. It’s hard with no gyms or ice rinks but I’ve been doing what I can to be in the best place when the season does come around.

I’ve been running, walking and taking the dogs out but I think what’s the most important is to remain mentally switched on. We will be out of this soon and it will be hockey time before we know it.

How happy are you to have signed a two-year deal with the club?

When Aaron offered me a two year deal, I was delighted. I’m very happy in Swindon, I like the way the club is ran and I love playing here. I couldn’t imagine playing my hockey anywhere else at the moment.

A 2-year-deal allows me to focus on my hockey, it shows Aaron believes in me and over the last few years he’s given me more responsibility on the ice and hopefully that continues going forward.

Looking back on 19/20, it was personally a successful year winning the Most Improved Player award, but how do you think you performed last year?

I really thought I had a good year. In 18/19 I got quite ill and it was a tough year on the ice for me but I think I bounced back well last year.

I feel like I took the opportunities I got and that’s how I’ll continue going forward, the more opportunities I get on the ice the more I want to capitalise on them and I think there’s a lot of work to come over the next two years but I’m sure I’ll come out good on the other side.

You’ve signed up and the rest of the D core is back again, how good will it be icing alongside the D core in Swindon again?

Being part of the D core here is great. We’ve got a lot of experience and we’ve got younger guys too, we’re a tight bunch and get on really well. I think we’ve adapted to be able to play with each other too so whichever pairings get drawn up we’re all comfortable, which is a good option for Aaron.

I feel last year we were very strong and it’ll be good to play alongside guys like Godders, Lidds, Whits and Plewsey again. We’ve all had a longer break than usual but I’m sure we’ll all carry on from where we left of last year. Especially with Marrsy behind us too, I just can’t wait to get started again.