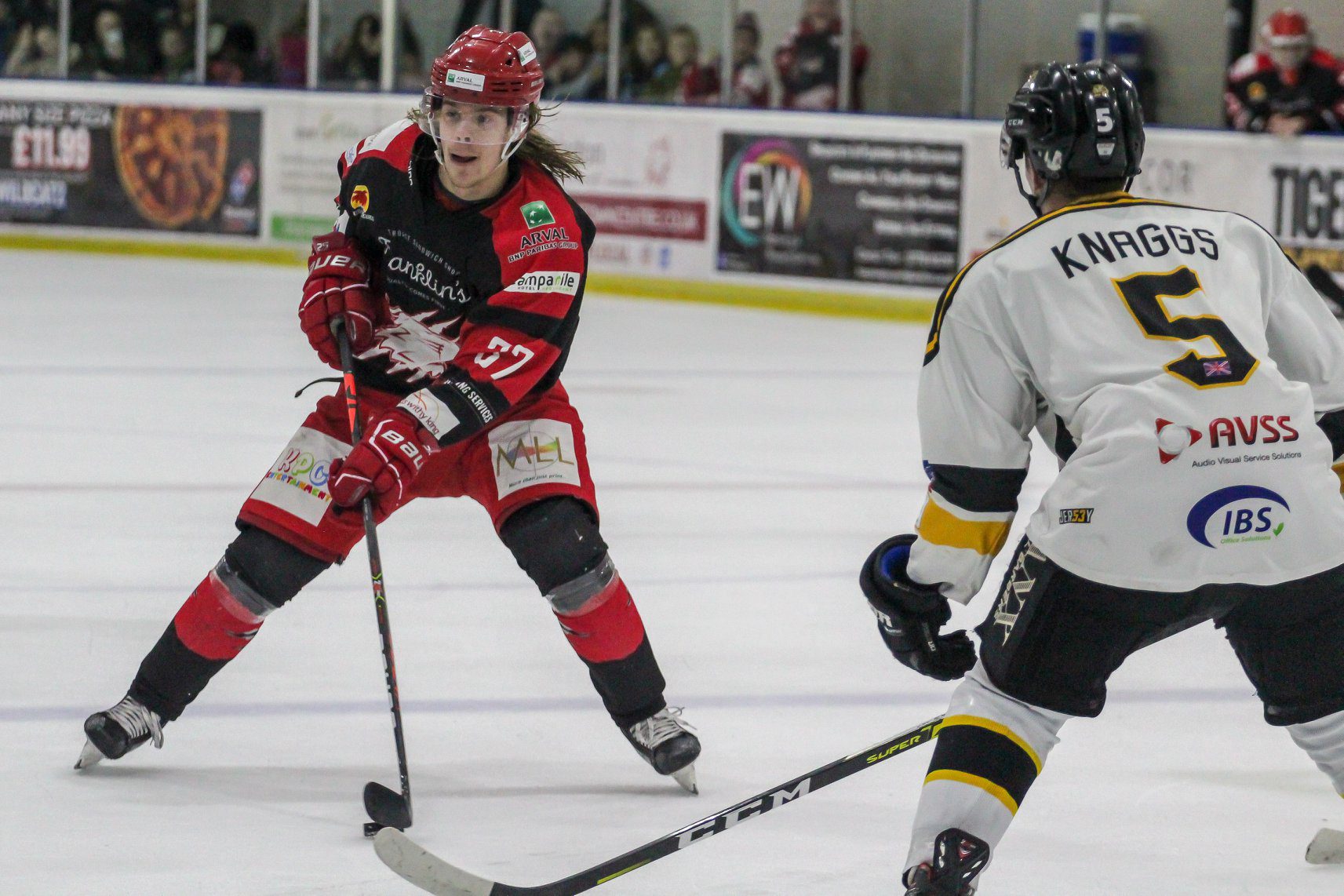 Following his confirmation of another two-year deal with the Wildcats and the Cardiff Devils we sat down with Toms Rutkis to talk about life in lockdown and his targets for the 20/21 season.

Toms, how has life in lockdown been treating you so far?

Lockdown has been tough for everyone. Obviously we’re getting a little closer to normal now and I’ve been trying to workout at home as much as I can. It was nice to be back in a gym, I never actually thought it would be that fun to be back in the gym again, but it was!

Was it a shame for the season to finish as it did, especially with Swindon and Cardiff in the positions they were?

The way the season ended was a bit of a shock. It would have been nice to play those last games as I know the Wildcats were really gearing up for a big playoff push. Ultimately it was the right decision to stop when we did, but it was a shame we had unfinished business in both Swindon and Cardiff.

For me each year I just try to improve on the year before. I think the last couple of years I have done that, and I’ve been able to work on parts of my game which my coaches and I think I need to work on. If you work hard then the points will come and that’s what I’m hoping for this year.

You formed a good on-ice linkup with Chris Jones last year, what’s it like icing alongside him?

Last year I spent a lot of time on the ice with CJ. He obviously has ties to Cardiff himself and he’s a really good player. I love playing alongside him and I think we formed a good connection last year. When you play with guys like that it makes your life easier as a line-mate.

How much has this two-way link up helped develop your game?

I think the two-way deal works really well for me and it’s massively improved my game. I’m a part of two great organisations and I get to train every day with some very talented hockey players in Cardiff and then get to play with some great players in Swindon too. I really enjoy playing on two top teams and I think it’s been a crucial part of my development.

What was your reaction to Andrew Lord leaving for North America?

From a Cardiff perspective it will be different next year with the coaching change. It depends what coach they’re looking to bring in. It’s sad to see Lordo go and he has put a lot of time and energy into me and the other players, but you have to respect him for taking the next step in his career.

What are you hoping for in the next few weeks of summer?

I can’t wait to get back on the ice, hopefully it will change soon so I can get back to some on ice training and get ready for the new season.