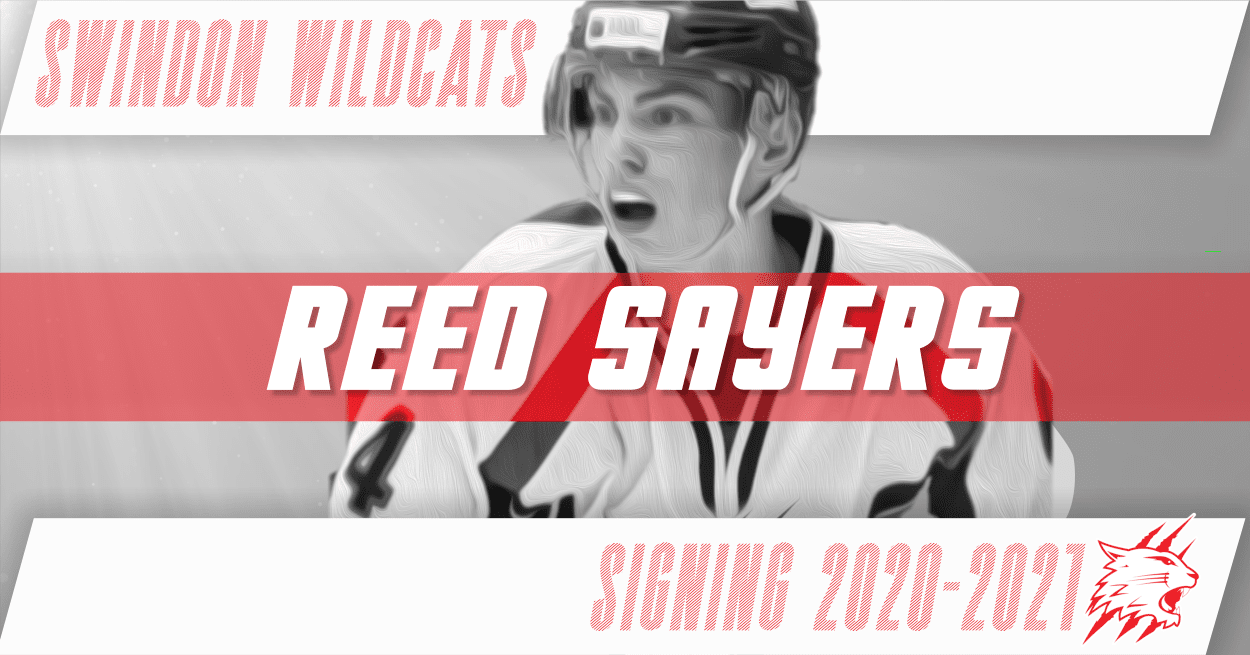 Swindon Wildcats are delighted to confirm that Reed Sayers will be joining the Wildcats full time when the 2020-21 season gets underway.

Last season Reed split his time between the Cardiff Fire at NIHL 1 level and the Swindon Wildcats 2 side, coached by Lee Richardson, at NIHL 2. For the Fire, Reed contributed 17 goals and 6 assists for 23 points in 14 games. For the Wildcats 2, he put up 20 goals and 36 assists for 56 points. This meant over the course of the season he put up 79 points in 34 games.

The numbers he put up last year also led him to be called up twice by the senior Wildcats, who he will be a full time player for next year.

Head Coach Aaron Nell was thrilled to have signed Reed up for his first full season at the club.

Last year Lee Richardson and I kept a close eye on him and we both think he’s ready to make the step to senior hockey. It’s also great to have another local player come through the academy to the senior team. I’m delighted to have Reed as part of the team, and I can’t wait to work with him again.

Having put pen to paper on his first senior contract, we caught up with Reed following his move to the senior Wildcats team.

I’m really looking forward to the new season and being part of a great team. I grew up watching the team and it’s exciting to be a part of the team for 20-21. I think I’m a creative winger who loves to move the puck and score goals, this coming season I’m looking to play my role as best I can within the team and to try and add some offence to the team.

I’m especially looking forward to icing with some superb players that have a brilliant level of experience and a very high skill set. Hopefully we can all hit the ice soon, I can’t wait to get started!

For sponsorship information regarding Reed or any of the Wildcats for 20/21 please email office@swindonwildcats.com