The Swindon Wildcats secured two points this weekend with Tomasz Malasinski scoring his 500th point for the club. 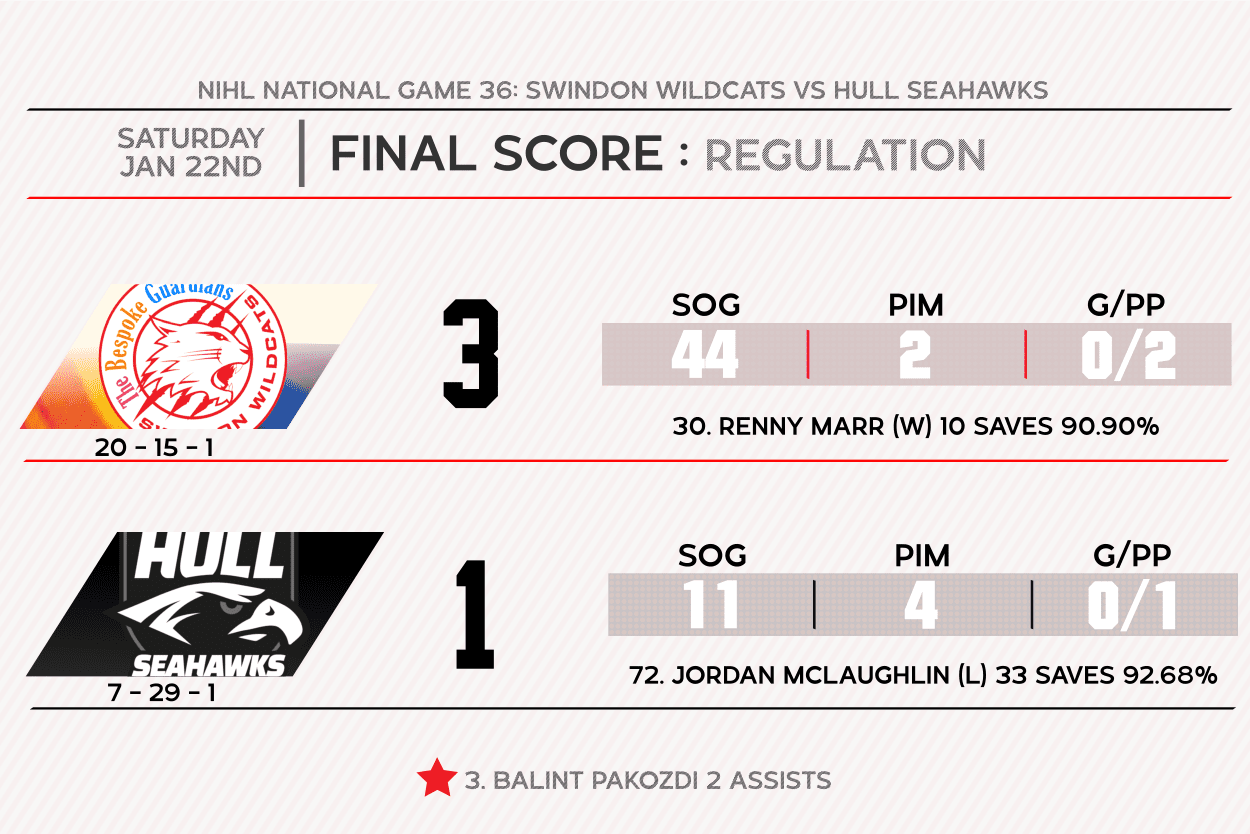 The Wildcats beat the Hull Seahawks 3-1 on Saturday night at the link centre however were on the back of a tough 7-1 loss to the Leeds Knights.

Malasinski opened the scoring just three minutes in scrambling the puck past the line. However former Wildcats player Emil Svec put the seahawks level with a lovely wrist shot into the top corner at 14:57.

The Cats took back the lead with coach Nell finding the top corner at 26:18.

Nell then picked up his second of the game as he raced through one on one and slotted it top corner. The Seahawks pulled the keeper for the extra attacker. With the net empty Bebris fired it at goal but it ringed off the post, Malasinski then had the chance to get his 500th point but his shot ringed off the post as well.

End of the game: Wildcats 3-1 Seahawks

The Knights took the lead with 22 seconds left in the first period with Sam Zajac’s wrist shot finding the net.

Malasinski then scored a beauty for his 500th point as he wrapped it round the net and stuck it top shelf past Gospel.

However just under two minutes the Knights retook the lead with Brown first timing the puck past Marr. 54 seconds later the Knights broke away two on one with Shudra rifling the puck into the net.

Shudra then picked up his second as he volleyed the puck mid air into the net to make it four.

Zack Brooks then made it five at 49:31. The Cats then threw it all out on the ice pulling the netminder however the Knights capitalized with Matt Haywood scoring the ENG at 55:22.

The Knights capped off the 7-1 with Carter Hamil netting it past Skinns at 57:56.

End of the game: Wildcats 1-7 Knights

The Bespoke Guardian Swindon Wildcats are back in action on Saturday night against the Bees IHC. 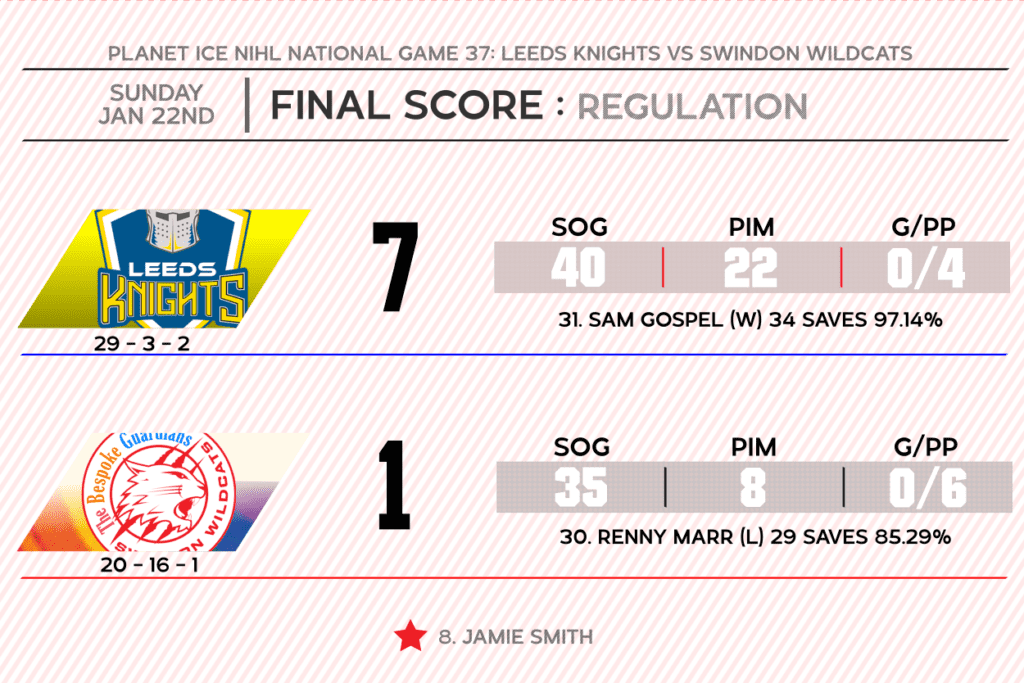