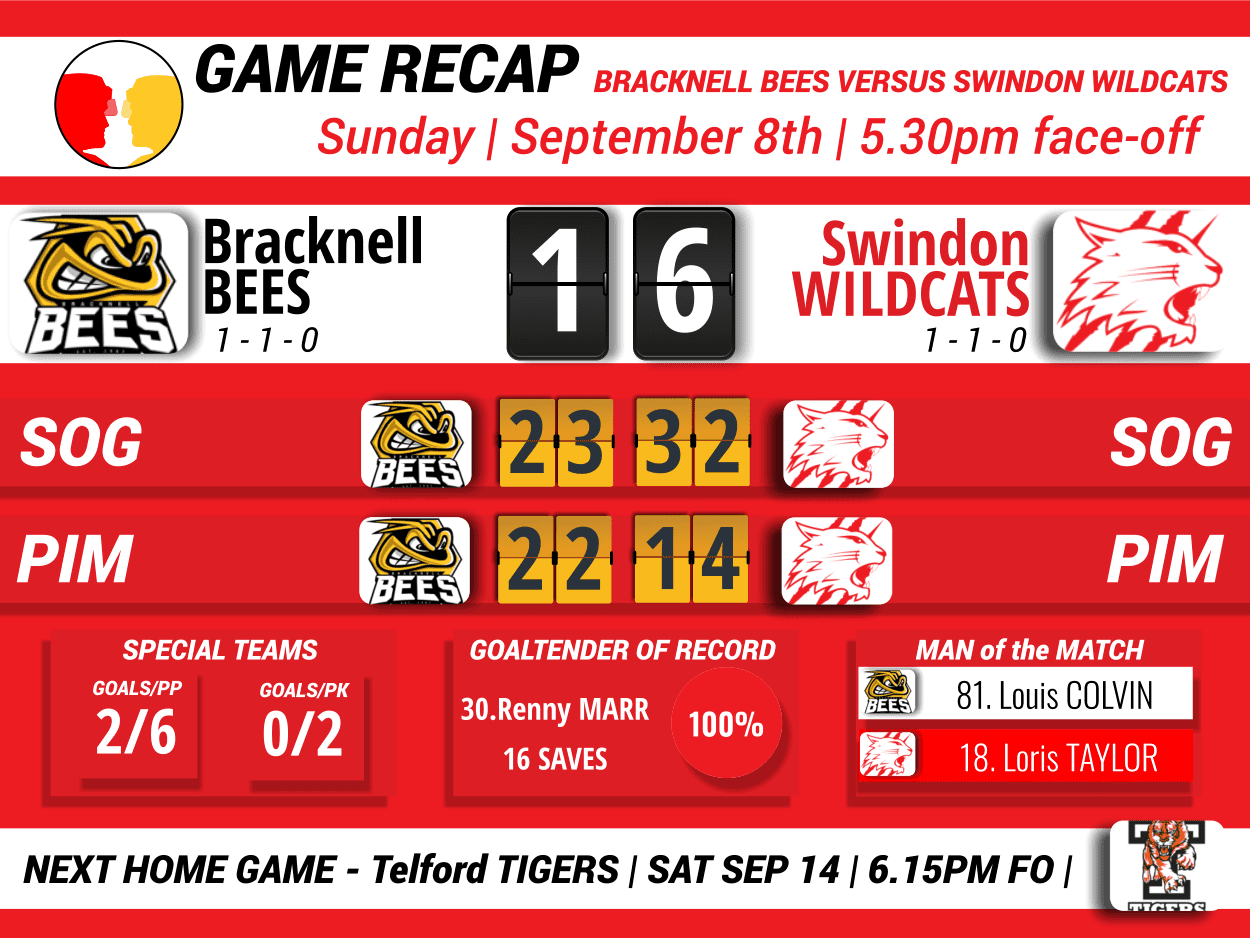 SWINDON Wildcats rounded off their first weekend of pre-season in eye-catching style on Sunday night by defeating Bracknell Bees 6-1 at the John Nike Leisuresport Complex.

Having lost to their Berkshire rivals 5-4 at the Link Centre in their first pre-season tie just 24 hours earlier, Aaron Nell’s men were keen to reverse their fortunes with less than a fortnight remaining until the puck drops on Wildcats’ 2019-20 National League campaign.

And they did just that as Edgars Bebris and Nell netted braces while Chris Jones and Loris Taylor chipped in with a goal each.

Reflecting on his side’s performance, Nell was pleased with the overall efficiency of his squad while being pleased to hand backup netminder Tyler Perre some vital minutes towards the end of the game.

Nell said: “The players were excellent on Sunday, and our powerplay was great as well.

“We haven’t practised our powerplay yet, so it was nice to have some of that time at the end of the game.

“All of this right now is just practice – everything we did on Sunday was good, it’s now about playing like that as much as we can.

“Renny (Marr) is a great netminder. He didn’t have lots to do in the first period, but he made some big saves in the second.

“It’s important to get Tyler (Perre) some ice time in goal too.”

Nell has been impressed by the Tigers’ off-season work, and expects two tough contests before Cats’ league campaign gets underway on Saturday, September 21.

Unsurprisingly, the 29-year-old is also keen to register Swindon’s first home victory of the season.

He added: “I expect a lot from Telford, their top end players are very good.

“We want our first home win of the season too.”

Courtesy of the Swindon Advertiser 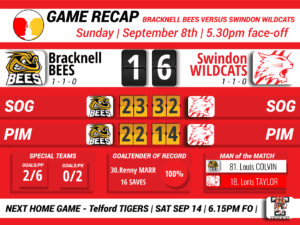 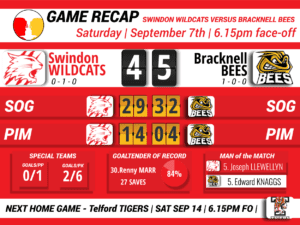