ANOTHER 4-Point weekend for the Swindon Wildcats! 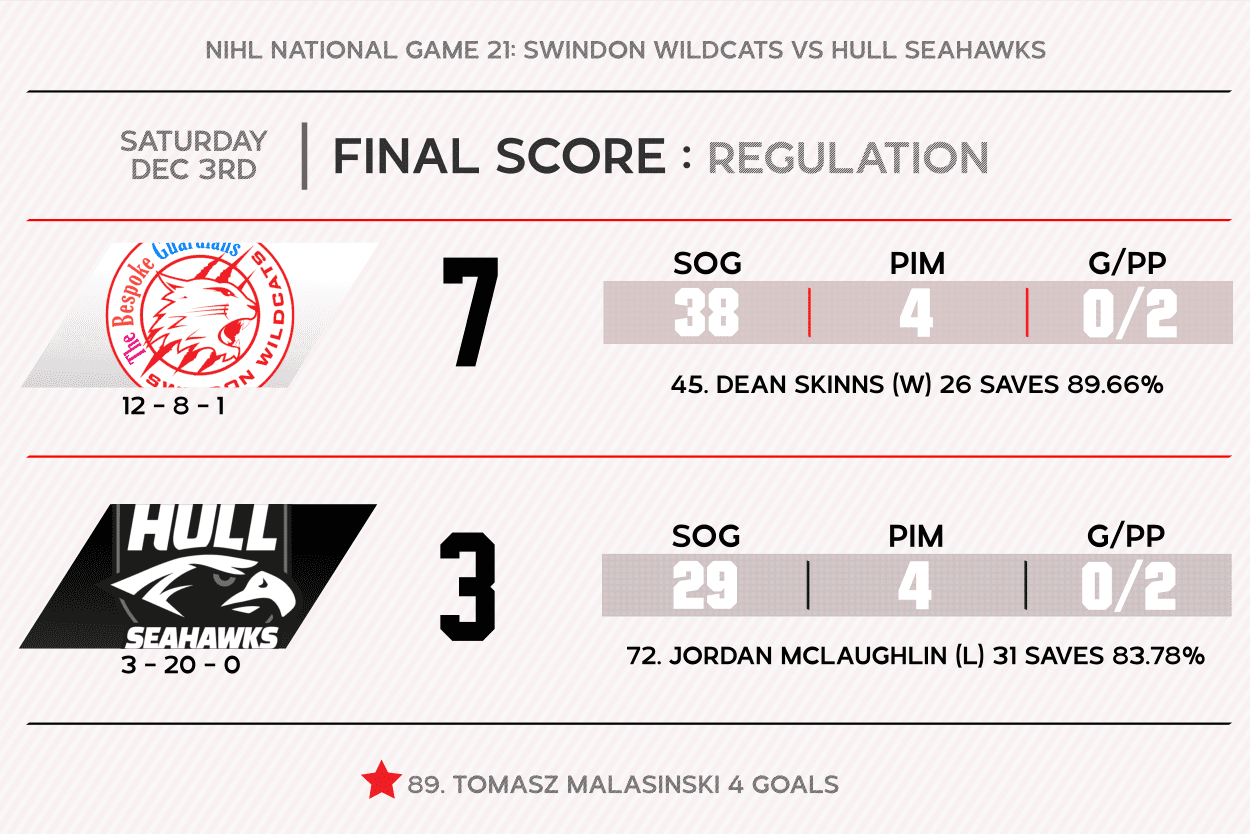 On Saturday night the Wildcats beat the Seahawks 7-3 at the Link centre and 262 Teddy bears were thrown onto the ice inner Teddy Bear Toss, for Barnardo’s and Foster with Swindon

The Cats then became the first team to beat the Knights in regulation this season beating them 4-1 at Planet Ice Leeds.

Tomasz Malasinski was on fire this weekend as he picked up 4 goals on Saturday night and added another 3 points on Sunday night. These two wins also put the Cats on a 5 game winning streak and pushing for the teams above them in the table.

The first goal of the game came through a shorthanded breakaway and Malasinski slap shot the puck into the top corner and the Teddy’s started raining down from the stands.

Just over a minute later on the same penalty kill the Wildcats grabbed another goal with Reed Sayers tipping the puck into the top corner.

Just two minutes into the second period Malasinski picked up his second as he shot the puck off the back of the keeper and into the net.

With just 11 seconds left in the second period the polish import picked up his Hat-trick goal as he raced away 1 on 1 and slotted it through the legs of McLaughlin.

Colby Tower then joined in on the action picking up a goal at 44:10 as he flicked the puck through the legs of McLaughlin to extend the Cats lead to five.

Russell Cowley then found some space and wrist shot the puck into the back of the net to make it 6-0 to the Cats.

Despite being six behind the Seahawks battled hard and got their first goal of the game with Jordan Fisher jabbing the puck past Skinns.

Just under two minutes later Tom Stubley picked up a goal to reduce the deficit to four.

And with two minutes to go the Seahawks then got a third with Themar finding space and rifling it past Skinns.

With the Seahawks pulling the net-minder for the extra attacker, Malasinski found some space and picked up the empty net goal and his fourth of the game.

End of the game: Wildcats 7-3 Seahawks 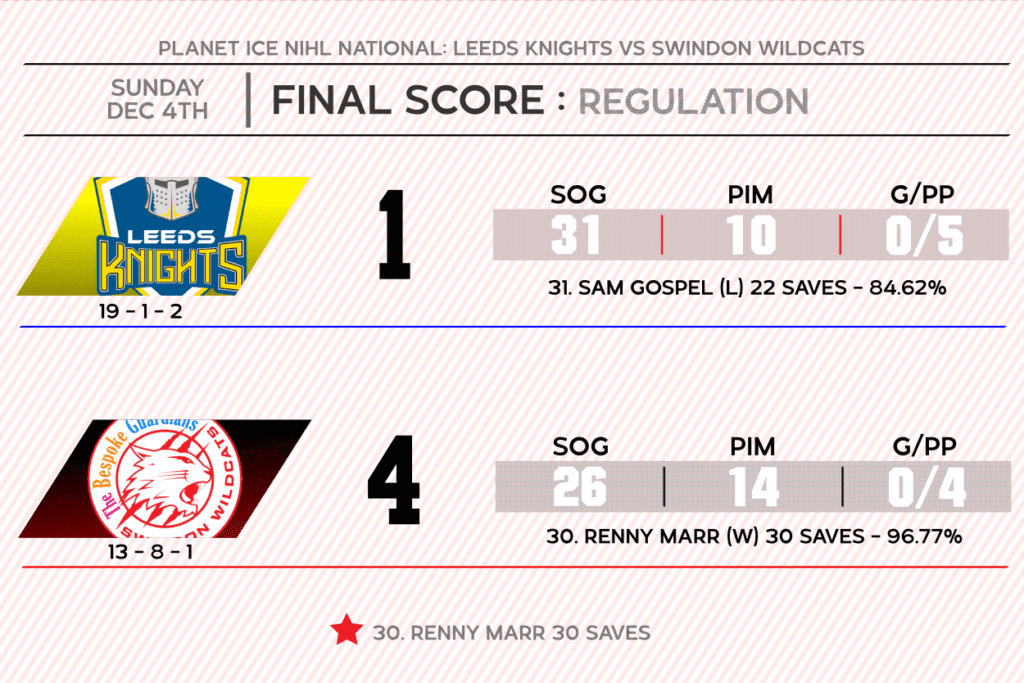 It would be a very quick start for the Knights as just 41 seconds into the game Kieron Brown tipped the puck past Marr to give them a 1-0 lead.

However with some good battling the Wildcats made it a tied game with Edgars Bebris wrist shotting it from the blue line past Gospel.

The Cats then got the lead with Malasinski finding Nell and he smashed it into the net at 6:52.

Despite a lot of Knights pressure on the powerplay the Cats defended very well and lead after the first period.

Malasinski then picked up his fifth goal of the weekend as he wrapped it around and jabbed the puck past Gospel to give the Cats a two goal lead.

With some good forechecking and pressure in the Knights zone the Wildcats picked up their fourth of the game with Tower smartly tipping the puck through Gospels legs at 43:19.

The Wildcats battled hard through the third period and successfully killed off some penalties. A very professional performance and the first team to beat the Knights in regulation.

End of the game: Wildcats 4-1 Knights

The perfect weekend for your Bespoke Guardian Swindon Wildcats. Make sure you book your tickets as the Wildcats face the Pitbulls on Friday night.