Charity ‘Swindon Wildcats in the Community’ are top of the class! 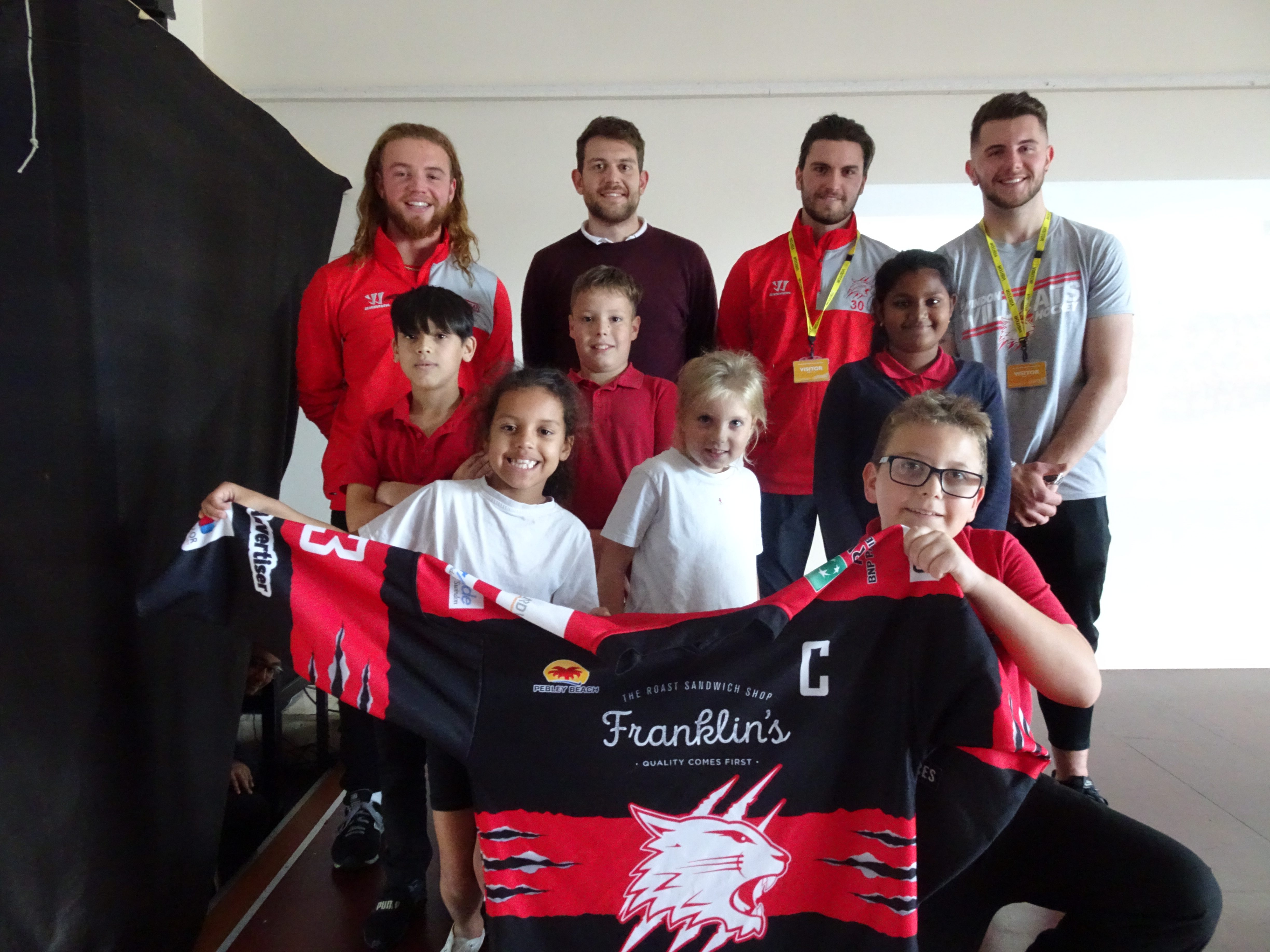 The Swindon Wildcats in the community team have today been out in the local area giving free and discounted tickets to students and staff at local schools through the Kidzone ticket scheme.

This morning the team started with a player visit at King William CE Primary school in old town to invite everyone to the National League fixture this weekend when the Wildcats take on the Bracknell Bees. The team were joined by number 24 Tyler Plews who was in attendance to answer questions, meet the students and have photos with two of the classes.

Later in the day, after sessions with local schools on the ice through the introduction to ice skating session, the community team were again joined by Tyler but this time netminder Renny Marr was kindly invited to Mountford Manor Primary, a school where Swindon Wildcat captain Mr Bullas teaches. Both players stayed at the school to play an hour of street hockey with the popular street hockey after school club which the community team runs all year at multiple schools throughout the area.

Dave Ridley who looks after the community program said that “it’s great that at Swindon Wildcats we are able to attend multiple schools in the area and give free tickets to the students and discounted tickets to their parents through our Kidzone scheme. A lot of current fans will know that we do this as a lot are fans because of the visits we do in the community throughout the year, we are very lucky that for a number of years we have had players that are so inspiring and represent the club so well both on and off the ice. We would like to thank the schools for inviting us to host interactive assemblies and be able to bring ice hockey closer to them”

Wildcat Renny Marr said “it’s great to be able to join the community team going out into schools, the staff are really welcoming and you leave with the feeling that the kids are excited to come to a game. The staff that run the community programmes are well known in a lot of schools for being fun and representing the wildcats so it’s nice to see and be a part of it”

Our Community Kidzone scheme is for local schools and community groups where children 15 years of younger come to a selected game for free and anyone 16 years or over are invited for £10. The tickets are valid when using a unique online code and are for standing tickets or tickets in block W only.