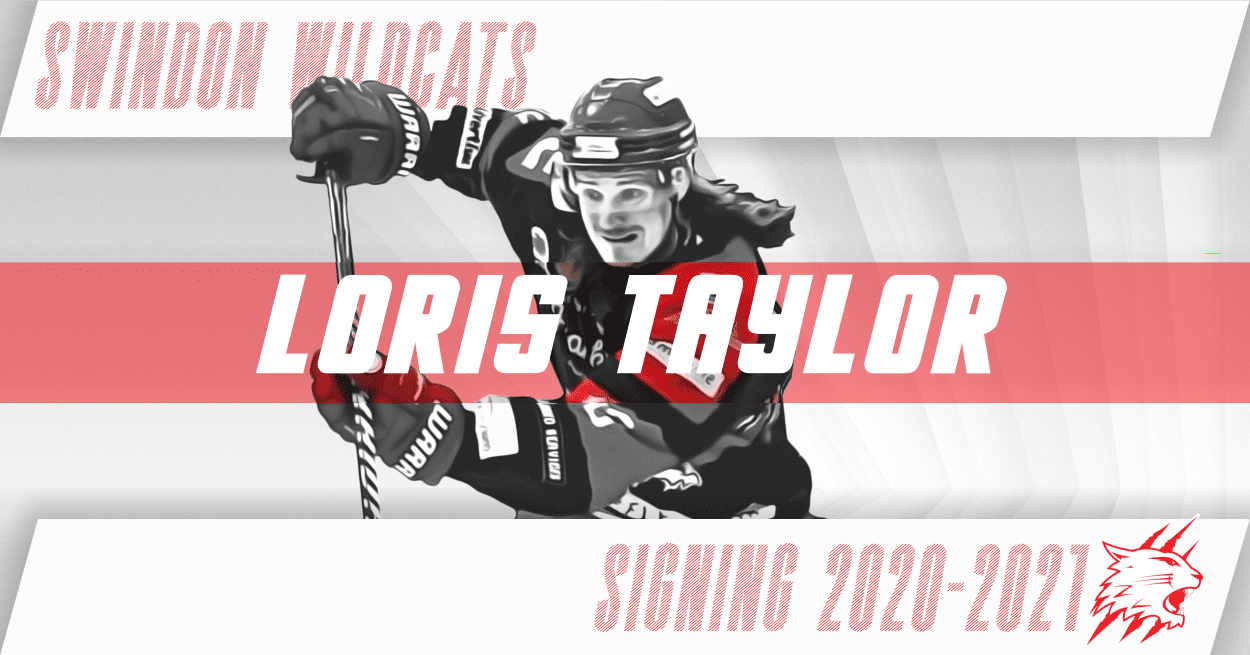 Swindon Wildcats can today confirm that Loris Taylor has extended his contract for another year as part of the team.

The Swindon-born forward made his senior Wildcats debut in the 2009-2010 Wildcats under then Head Coach Ryan Aldridge. That year the Wildcats made their way to the Coventry Finals Weekend before falling short against Guildford in the playoff semi-finals.

The 26-year-old forward has since spent time in the Wildcats NIHL 2 Team and also a handful of games with the Wightlink Raiders in 2014. He made his return to the Wildcats senior side at the start of the 2018-19 side, and has not looked back from then on.

Since coming back to side Loris has iced in 102 games and contributed 46 points, and scored some crucial goals as the Wildcats secured the league title in the 18/19 season.

Last season Loris scored 4 goals and 11 assists as the Cats fell short in the league hunt but were set for an exciting playoff campaign before Covid-19 put an early end to the season.

Loris is the sixth returning Forward after Aaron Nell, Tomasz Malasinski, Chris Jones, Sam Bullas and his brother Floyd Taylor have all put pen-to-paper for the new campaign.

At 11AM where we’ll have the reaction from Head Coach Aaron Nell following Loris’ contract extension.

As well as confirming his return we’re thrilled to announce that The Training Fox will continue to sponsor Loris for the upcoming campaign also.

If you are interested in sponsorship of the 20/21 Swindon Wildcats then email office@swindonwildcats.com for further information.