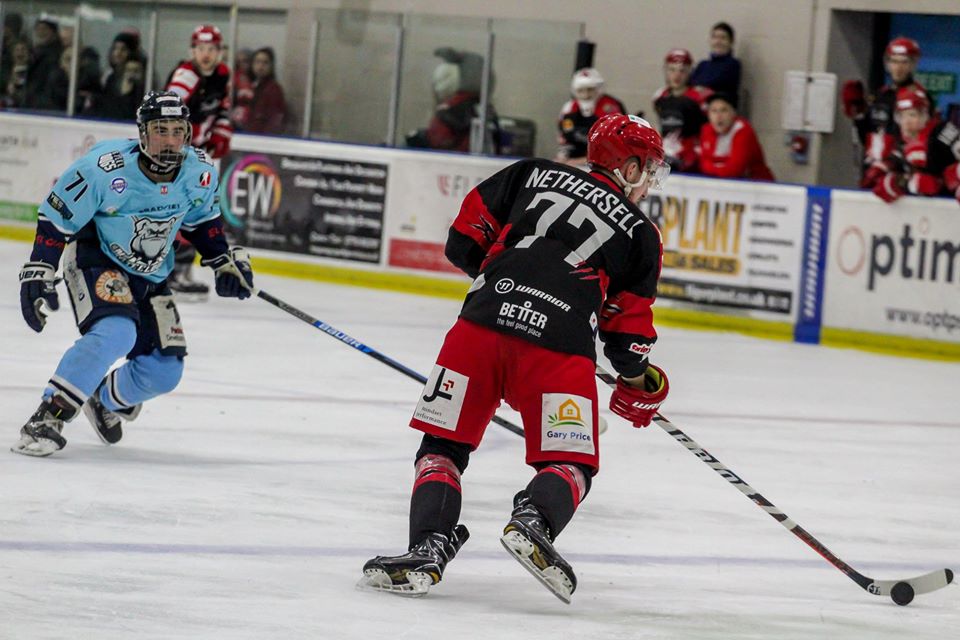 Head Coach Aaron Nell has applauded the improvement of Ben Nethersell following the 22-year-old putting pen to paper for another two seasons on the Wildcats blue-line.

It was confirmed this morning that Ben would be returning to Swindon and we caught up with Aaron Nell for his thoughts on Ben’s re-signing.

“I’m really pleased to have Ben coming back for another 2 seasons. He improved massively for us last year and when it came to picking the Most Improved Player award the coaches and I agreed there was only one winner.

He’s still young and he has room in his game to continue his improvement, but he offers us something different on the back end with the ability he has to move the puck. Our five D-Men were a really solid group last season and I’m thrilled to be able to have them all signed up for at least another season.

Ben was patient when he had to be last year but his improvement from September to March was great and his responsibility in the team grew. Hopefully he can continue this next year and become an even more important part of the team.

Stay tuned at 2PM where we’ll hear from the man himself about coming back to Swindon for another 2 years.